Drivers are not required to take any driving lessons in GB before taking the test.

Drivers with a non-GB provisional licence must apply for a provisional UK licence to drive in the UK. They can then take the test after 6 months.

If the licence was not issued in the EU or a designated country, drivers can drive any category of small vehicle up to 3,500kgs in GB on their original full, valid licence for 12 months. They will then need to apply for a GB provisional licence and pass the UK practical test.
DOWNLOAD AS PDF
EMAIL AS PDF
SHARE AS WEBPAGE

Drivers holding a full licence issued within the European Union can drive in GB using their original licence until it expires and there is no need to exchange it or retake a driving test. The driving licence will expire when the driver turns 70, which is when the licence must be exchanged.
The same applies to those drivers with a European Economic Community (EEC) licence. The European Economic Area comprises all members of the European Union, as well as Iceland, Liechtenstein and Norway. 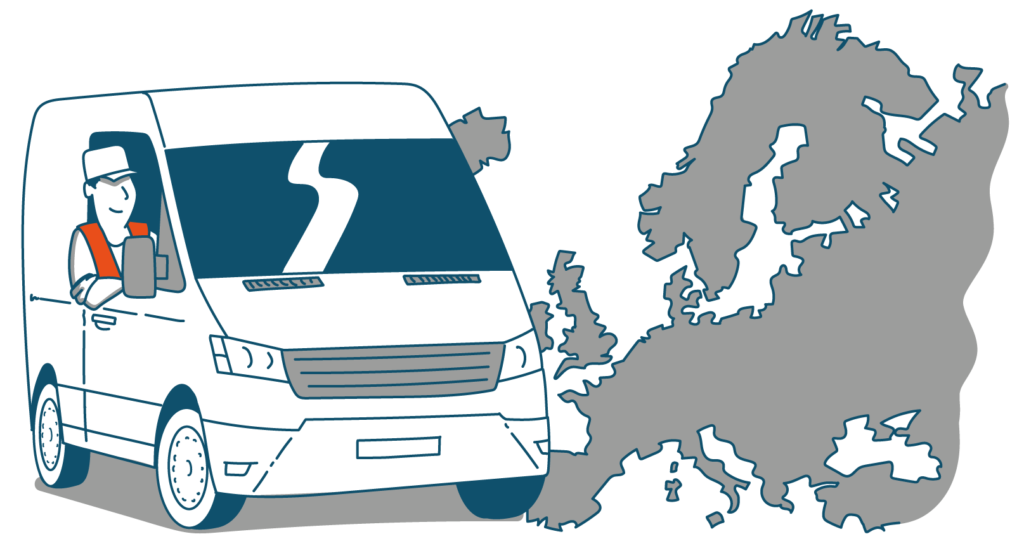 Drivers from a ‘designated country’ can drive in GB for up to 12 months on their licence. After this period, they must exchange their licence to keep on driving. It can be exchanged up to 5 years after becoming a UK resident (if not expired) without having to retake a driving test. Designated countries are Australia, Barbados, British Virgin Islands, Canada, Falkland Islands, Faroe Islands, Hong Kong, Japan, Monaco, New Zealand, Republic of Korea, Singapore, South Africa, Switzerland and Zimbabwe.

The same rule applies for holders of driving licences issued in Jersey, Guernsey, Gibraltar and the Isle of Man.
DOWNLOAD AS PDF
EMAIL AS PDF
SHARE AS WEBPAGE

Keeping it Safe and Legal

This information sheet is free for employers to download and distribute to their drivers.
It may not be amended in any way | Copyright 2021 National Highways.