When there are three or more lanes, certain kinds of vehicles can never use the right-hand lane. These are:

In the event of a fallen item or other obstruction on a motorway, drivers should stop in a place of relative safety and contact the emergency services to report the incident and request help. They must not attempt to retrieve items that fall from a vehicle or attempt to move an obstruction.

Do you know the different features on a motorway?

Motorways have reflective coloured studs which are designed to guide drivers when driving at night: 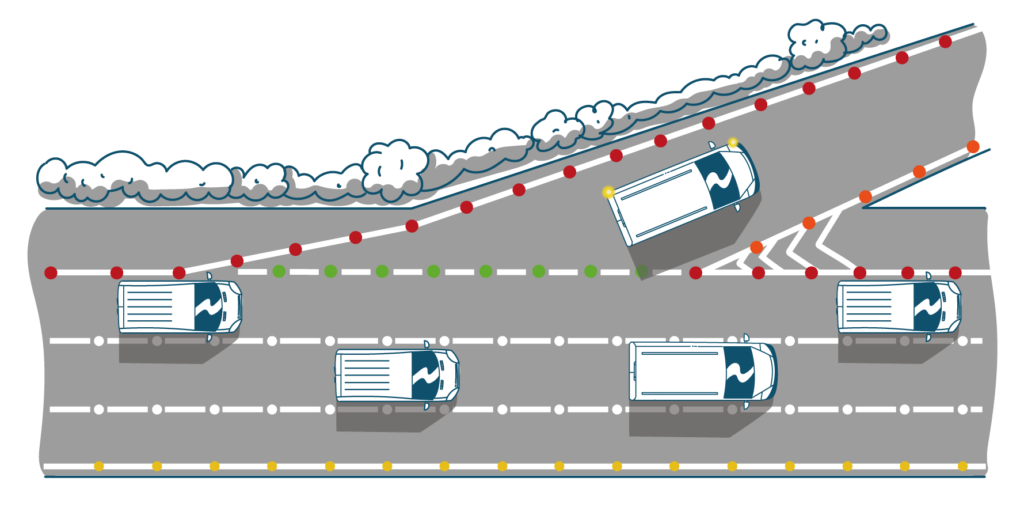 In addition to the standard motorway with a hard shoulder, there are three other types of motorways that you may drive on: 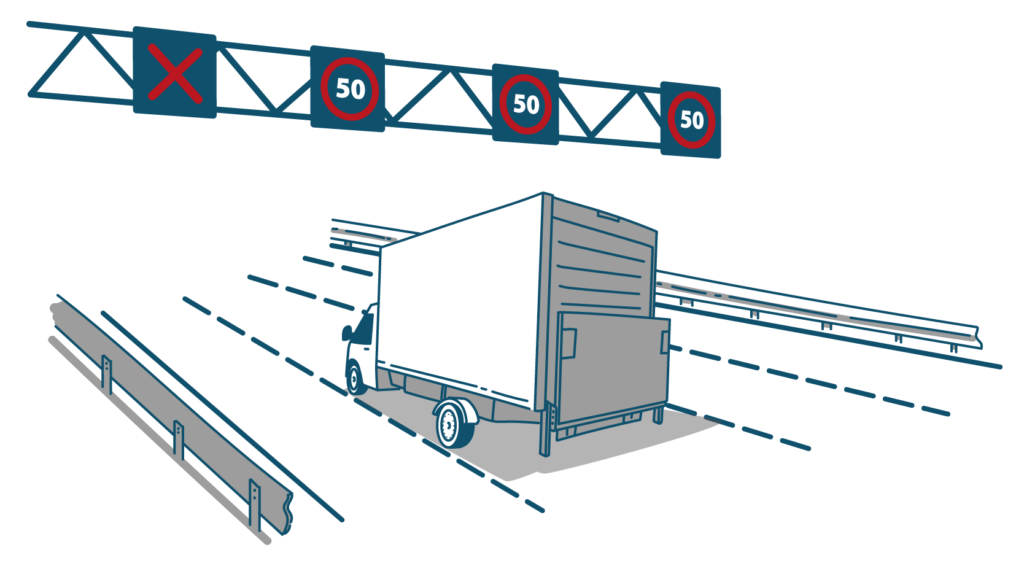 Red X – a red X sign is used to inform drivers of a closed lane to traffic. When displayed, drivers must not use that lane. Driving under a red X sign is illegal and could result in an automatic £100 fine and 3 penalty points.

Hard Shoulder – on some motorways the hard shoulder can be used as an extra lane to help create more capacity on the motorway. Overhead signs will inform drivers when the hard shoulder is available for use and a variable speed limit will be in force to help manage traffic flow.

Driver Information Signs – Highways England use the overhead driver information signs to warn drivers about queuing traffic ahead and any speed limits in force so that they can take preventative action by slowing down.

Keeping it Safe and Legal

This information sheet is free for employers to download and distribute to their drivers.
It may not be amended in any way | Copyright 2021 National Highways.